On November 3, 2020, 68% of St. Louis City voters passed Approval Voting (Prop D). Leading up to the election, there was a spirited debate about this system, but regardless of how you personally felt (or voted), this is the system we now have in St. Louis City Municipal Elections.

This is a great video explaining the differences between Plurality voting (our old system), Ranked Choice Voting, and Approval voting (what we have now).

In Saint Louis City, our Municipal Elections are for the offices of Mayor, Alderman, Comptroller, and President of the Board of Aldermen. On March 2, 2021, we will have our first Primary Election under this new Approval Voting System for Mayor, Odd # Ward Aldermen, and Wards 4 & 12 (due to special elections), and Comptroller.

Here is a great video from the Missouri ACLU that explains a bit more about what to expect with our new Approval Voting system.

This is another great (and short!) video explaining approval voting produced by Confluence Scholars Strategy Network. 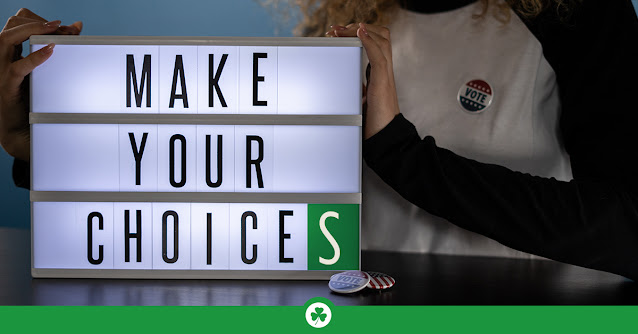 There are a few differences you'll notice under this new Approval Voting System.

1. Candidates will be gathering signatures to get on the ballot.

Since Prop D just passed in November and takes effect in this very next Municipal Election in March, candidates are bound by "Section 2.08.330 of the St. Louis City Code of Ordinances pertaining to provisions for nomination -- non-partisan candidates". This ordinance was never designed to be on the books for a non-partisan primary with approval voting but instead has been in place to require candidates who run as Independents to show a measure of support to get on the ballot. I completely expect that the Board of Aldermen will be revisiting this ordinance at some point, but there simply wasn't time ahead of this first Municipal Election.
I know another point of concern was the "exclusivity" meaning that a voter can only sign one candidate petition per office. While this is the letter of the law currently, I expect this will also might be amended moving forward as it is contradictory to the intentions of Prop D – but even if this doesn't change, what it says is "I have not aided, and will not aid, in the nomination of any other candidate" (Petition = Nomination) so while you can only sign a petition for one candidate per office, once these candidates have filed with the Board of Election you can (and should, in my opinion) help any/all of the candidates you approve of to receive enough votes to make it to the General run-off Election.
If you want to know more about the requirements to run for office under this new system you can read candidate requirements on the Board of Election Website or Show Me Integrity website.

Our Primaries in St. Louis usually end up being the "real" race, and whoever manages to win the Primary gets the General Election in a walk. This new approval voting system will change that. So, we don't have to choose just one candidate, not yet. This means we now have the opportunity for coalition-building and getting more people behind a couple of great candidates and maybe keeping one we really don't approve of, out. And then ahead of the General (and when we're down to two candidates we like) we can really talk about policy and what differentiates the last two candidates.

If you choose to only back one candidate this early in the race, you're basically back to the Plurality system we just voted to get rid of. We have an opportunity to work with multiple candidates who align with us, to help them get through to that General Ballot, which is exactly what I intend to do.

3. What to expect when you vote:

Usually in a Primary Election, when you go into cast your ballot (or request your absentee ballot) you are asked which Party ballot you would like. In Missouri, that's Republican, Democrat, Green, Constitution, Libertarian, or Non-Partisan ballots. In the past, "non-partisan ballots used to be issue-only (no candidates) this is no longer the case.

Now, since Municipal elections will have only non-partisan candidates you will have only one ballot that has all the candidates and issues. Remember that this new approval voting ONLY applies to the City offices so in Primary Elections other than Municipal Elections you will choose your party ballot as you always have - this includes elections where the offices of Recorder of Deeds, License Collector and, Collector of Revenue are on the ballot.

When you look at your ballot, it will appear the same, but the big difference is that you can vote for all the candidates you approve of – one or more than one candidate. You may recall voting in SLPS Board races where you could "vote for up to 3" candidates - this is similar.

It's a change, and we're all new to this. I encourage you to read more on the benefits of Approval Voting and encourage you to support ALL the candidates you approve of in this Primary on March 2, 2021.

I also encourage you to read Ten Critiques of Approval Voting which outlines top critiques and rebuttals of the approval voting system and goes on to greater detail about how to vote strategically.